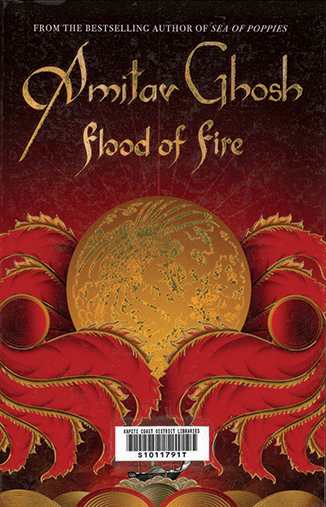 It is 1839 and tension has been rapidly mounting between China and British India following the crackdown on opium smuggling by Beijing. With no resolution in sight, the colonial government declares war. One of the vessels requisitioned for the attack, the Hind, travels eastwards from Bengal to China, sailing into the midst of the First Opium War. The turbulent voyage brings together a diverse group of travellers, each with their own agenda to pursue. Among them is Kesri Singh, a sepoy in the East India Company who leads a company of Indian sepoys; Zachary Reid, an impoverished young sailor searching for his lost love, and Shireen Modi, a determined widow en route to China to reclaim her opium-trader husband’s wealth and reputation. Flood of Fire follows a varied cast of characters from India to China, through the outbreak of the First Opium War and China’s devastating defeat, to Britain’s seizure of Hong Kong. This is the third instalment in the author’s Ibis trilogy, following Sea of Poppies and River of Smoke. 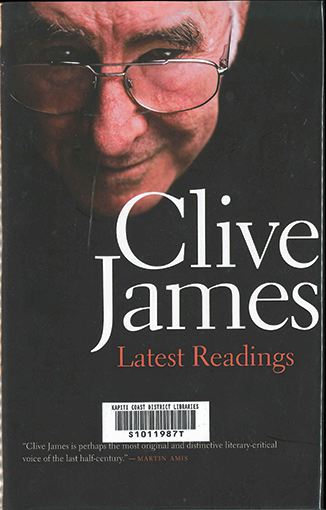 In 2010, Clive James was diagnosed with terminal leukemia. Deciding that “if you don’t know the exact moment when the lights will go out, you might as well read until they do,” James moved his library to his house in Cambridge, where he would “live, read, and perhaps even write.” James is the award-winning author of dozens of works of literary criticism, poetry, and history, and this volume contains his reflections on what may well be his last reading list. A look at some of James’s old favourites as well as some of his recent discoveries, this book also offers a revealing look at the author himself, sharing his evocative musings on literature and family, and on living and dying. As thoughtful and erudite as the works of Alberto Manguel, and as moving and inspiring as Randy Pausch’s The Last Lecture and Will Schwalbe’s The End of Your Life Book Club, this valediction to James’s lifelong engagement with the written word is a captivating valentine from one of the great literary minds of our time. 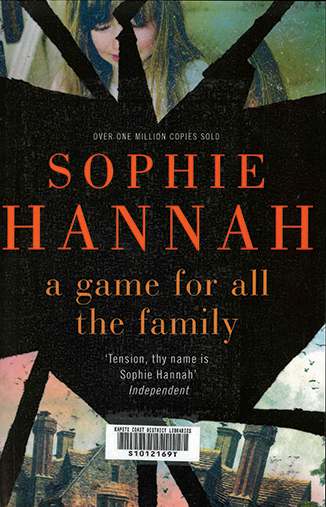 A Game for All the Family

After escaping a career gone wrong in London and moving to Devon, Justine Merrison plans to spend her days doing and thinking about as little as possible. But soon after the move, her daughter Ellen becomes worryingly withdrawn. When Ellen confides in Justine that she’s upset because her new best friend has been expelled from school, Justine promises to try to put right this injustice – but when she speaks to the head teacher, she is told this pupil hasn’t been expelled, was never at the school and doesn’t exist. Ellen insists this is a lie, and Justine doesn’t know who to believe.

Reading some of Ellen’s homework, she is disturbed to discover a chillingly articulate story about the family of a murderous young girl and a series of sinister deaths, all taking place in her family’s beautiful new home. And then the menacing phone calls start. Justine doesn’t recognise the voice of the woman threatening to dig three graves: two for a mother and a father and a smaller one for a child. When the woman gets Justine’s name wrong, it seems to be a case of mistaken identity – until the anonymous caller reveals a detailed knowledge of Justine’s life.

With each call more frightening than the last, Justine realises her only hope is to find out who is threatening the safety of her family – but first she must discover who it is that she’s supposed to be, and how the phone calls are connected to Ellen’s imaginary friend George – who might or might not be real. 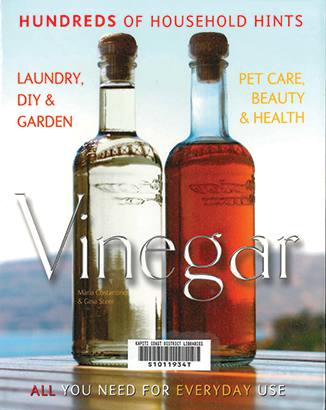 By Maria Costantino and Gina Steer

Vinegar may not be the first thing that springs to mind when you need to get rid of a stubborn wine stain or soothe a tickly cough, but this ancient cupboard staple is regaining its rightful place as a cheap, versatile and environmentally friendly solution to many household tasks. This invaluable book has sections on how to use vinegar in the laundry, DIY, gardening, health and beauty, pet care and of course in the kitchen. Hundreds of hints, tips, advice and recipes are provided in a clear, accessible style. Attractively illustrated, this brilliant little book is a visual treat as well as an in
valuable practical aid.