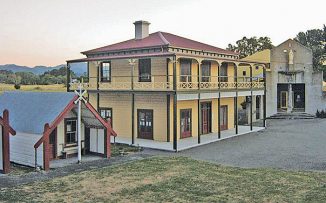 In some changes at Pukekaraka a new parish has been announced and pastoral care will now be given by the Archdiocese of Wellington.

The new parish of Saints Mary and Joseph as been formed as the declining age of members in The Marist society created difficulty in getting Priests and Brothers.

Cardinal John Drew says the changes will take place in February next year after the departure of the Marist community at the end of January. Cardinal John indicated that he was thinking of appointing a Parish Priest and a Lay Pastoral Leader working together.  This would be made known once the appointments for the Archdiocese for 2016 have been finalised.

Cardinal John acknowledged the long history of Marist Priests and Brothers who have provided pastoral care of the parish almost continuously from its origin in 1844.  There has been a long historical link to Society of Mary (Marist) priests and brothers at Pukekaraka  The Marist Society only recently took up care of the wider new parish of Saints Mary and Joseph, which combines both Ōtaki and Levin. In the early decades of Ōtaki parish, priests from there ministered to Maori in much of the surrounding regions.  Also a very precious undertaking was made at the very beginning by local Māori with the Church which still provides the basis of the partnership centred on Pukekaraka. That will continue with the new priest and leaders of the parish.