In 1972 a group of like minded people concerned at the decline of the countrys’ rail heritage formed Steam Incorporated. A goal was set to save at least some of the steam locomotives that shaped New Zealand’s history.

Volunteers have spent unlimited man hours restoring Ja1271, Ab608 and Da1431 to be accepted for licensing to operate on the Main Truck line. A further two locomotives are set to join the fleet when restoration is complete. 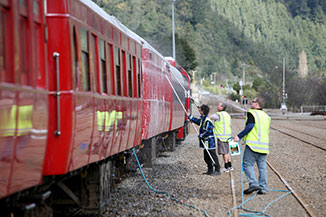 The most recent restoration effort Ab608, Passchendaele, is one of the few named locomotives in New Zealand, It serves as a memorial to all the New Zealand railway men killed and injured during World War I. More than $500,000, and thousands of volunteer hours, ensured restoration was completed in time for the start of the WWI 100 year anniversary.

Steam Incorporated host main line rail excursions open to the public. They provide an opportunity for everyone to experience the magic of steam travel and generate funds to further restoration and maintenance on the locomotives. Donations are always gratefully received. In October a train will venture to Bluff and the West Coast as part of a South Island Tour. 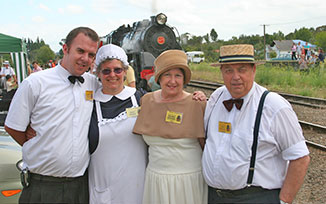 On excursion days a large pool of volunteers are involved in variety of roles including car hosts, guards, catering and loco servicing.

If you would like to become involved, make a donation or want to learn more about Steam Incorporated the depot on SH1, Paekakariki is open from Monday to Saturday from 9am to 4pm or email secretary@steaminc.org.nz, phone 0800 783 264, visit the website at www.steaminc.org.nz or go to Facebook www.facebook.com/Steamincorporated

Residential and commercial electricity consumers in the Kapiti-Horowhenua area can take advantage of this great offer. Install a heat pump and reap the benefits this winter.

Electra owns and operates the electricity network throughout Kapiti and Horowhenua. Our owner is the Electra Trust. Electra’s Trust ownership ensures that we deliver an annual electricity sales discount to all consumers connected to our network. For further information: www.electra.co.nz | www.electratrust.co.nz