Since its small beginnings last year, this year’s Maoriland Film Festival was an outstanding success, with indigenous film makers from around New Zealand and the world attending.

The visitors entered Raukawa Marae for the traditional powhiri in response to the karanga from the Raukawa women, calling them onto the Marae, where they were welcomed to Otaki and New Zealand. They heard the welcoming speeches and waiata from Raukawa kaumatua and wider whanau, were led in their responses before they were individually greeted, with a hongi, by all the “home” people, before going into the dining room for morning tea and a time to meet people and chat.

“This is for the love of films, the stories, sharing the stories, what we do and why we’re here” Tainui Stephens, who along with his wife Libby Hakaraia were two of the organisers of the film festival. 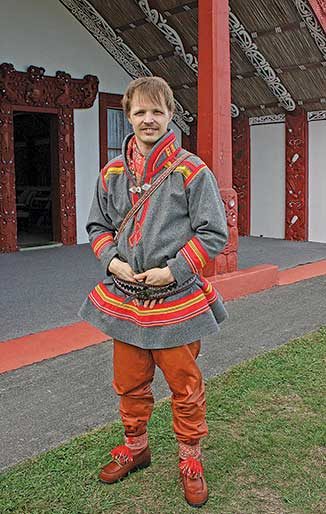 Among the visitors were Per Josef Idivuoma (PJ) from Sami Nation in northern Sweden and Zoe Hopkins and her eight year old son Julian from Ontario Canada.

During the week PJ presented a feature film, Sume a prize winner at the imagineNATIVE Festival in Greenland and two screenings of seven short films from the Sami Nation.

“It’s good to be here, the only (other) time in the southern hemisphere was Chile. This the first time on this side of the ocean!” film director PJ said. “These films are part of a bigger project, shot during seven weeks, they were commissioned by the Sami Film Institute. This the ninth film festival I’ve worked on and first with a real budget! Worked low budget for previous films.” The welcoming powhiri was very special for Zoe and Julian. “The karanga — oh my gosh! What an incredible honour!” she exclaimed, of the calling onto the Marae for the welcoming powhiri. “It’s a dreams come true when shared. The Embargo Collective short film Sky World tells the story of a grieving woman, who recovers thanks to learning her (own) language.”

She brought the feature films Reel Injun, a documentary Treading Water and Embargo Collective II. Following morning tea, everyone gathered in the whare to watch the 1950’s film The Seekers, Land of Fury which starred Inia Te Wiata and Laya Riki. 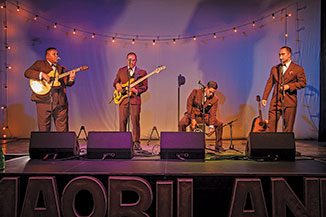 “Most of the early films were centred around Rotorua, with pakeha making films about Maori from the pakeha angle. Now we are taking up the cameras and telling the stories from the Maori angle,” actor and film director Lawrence Makoare said.

Among the visitors were film industry people from Canada, USA, Sweden, Hawaii, Berlin Germany, Polynesia and Australia with others from around New Zealand.

Thus began a week of films and workshops, culminating in the Red Carpet social event on Saturday night. 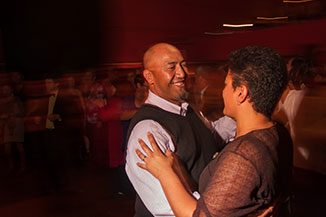