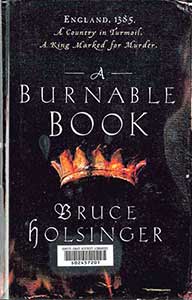 Surrounded by ruthless courtiers, Richard II is in mortal peril. Songs are heard across London, verses said to originate from an ancient book that prophesies the ends of England’s kings and among the book’s predictions is Richard’s assassination. Only a few powerful men know that the cryptic lines derive from a “burnable book,” a seditious work that threatens the stability of the realm. To find the manuscript, wily bureaucrat Geoffrey Chaucer turns to fellow poet John Gower, a professional trader in information with connections high and low. Gower discovers that the book and incriminating evidence about its author have fallen into the hands of innocents, who will be drawn into a conspiracy that reaches from the king’s court to London’s slums – and potentially implicates Gower’s own son. As the intrigue deepens, it becomes clear that John Gower may hold the key to saving the king and England itself. 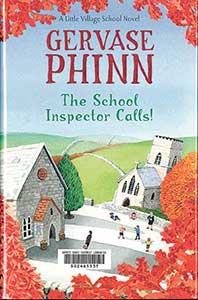 Summer has arrived in Barton-in-the-Dale and as a new term begins at the little primary school, it’s not just the warm weather that’s getting people hot under the collar. Meetings with the teachers from Urebank School to discuss the merger are producing more than a few fireworks, a disruptive new pupil arrives and a surprising staff love affair is exposed. There’s also a big school production of The Wizard of Oz to organise as well as an impending visit from the Minister of Education. Head teacher Elisabeth Devine certainly has her work cut out for her. And that’s just some of the drama set to shake-up the village. Throw in a sprinkling of secrets, shocking revelations, old flames, new liaisons, psychics, weddings and misfortune . . . There’s plenty to gossip about in the third Little Village School novel. 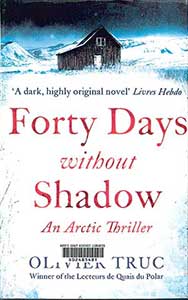 Tomorrow, the sun will rise for the first time in 40 days. Thirty minutes of daylight will herald the end of the polar night in Kautokeino, a small village in northern Norway, home to the indigenous Sami people. But in the last hours of darkness, a precious artifact due to go on tour with a UN exhibition is stolen: an ancient Sami drum. Hours later, a man is murdered. Mattis, one of the last Sami reindeer herders, is found dead in his gumpy. Are the two crimes connected? In a town fraught with tension between 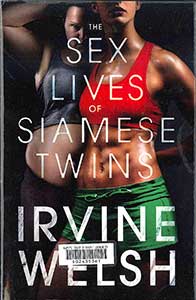 The Sex Lives of Siamese Twins

In the aggressive, foul-mouthed trainer, Lucy Brennan, and the needy, manipulative Lena Sorensen, Irvine Welsh has created two of his most memorable female protagonists, and one of the most bizarre, sado-masochistic folies à deux in contemporary fiction. Featuring murder, depravity and revenge and enormous amounts of food and sex, The Sex Lives of Siamese Twins taps into two great obsessions of our time – how we look and where we live – and tells a story so subversive and dark it blacks out the Florida sun.