Who Are We ? The results for the national Census performed in March 2013 have just been released.

New Zealand had a population of 4.2 million people, with a median age of 38. (This means that there were as many people younger than 38 than there were older. Sometimes averages can distort, and the statisticians believe that median is a better measure)

Population-wise, Otaki represent 16% of Kapiti. bigger than Paekakariki and Raumati Beach, but smaller than Paraparaumu and Waikanae. Drilling down into the statistics, there are lots of interesting conclusions.

Where Otaki differs from the rest of Kapiti, we’ve highlighted it.

It’s when we look at the relative incomes that we see dramatic differences.

The Population of the Kapiti Coast 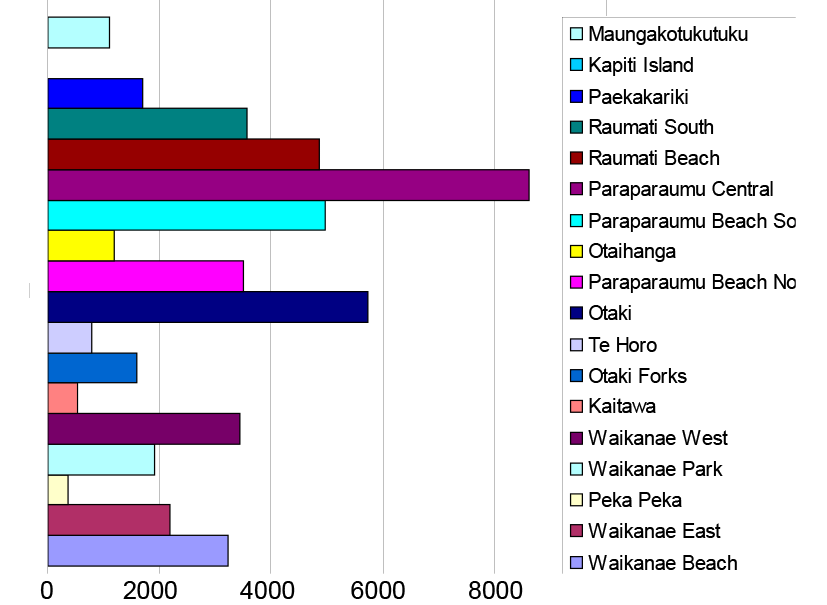