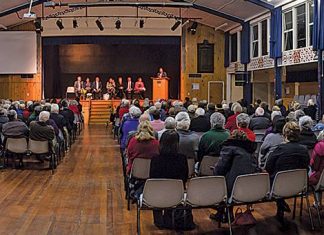 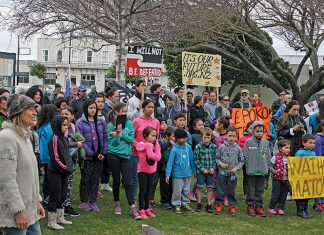 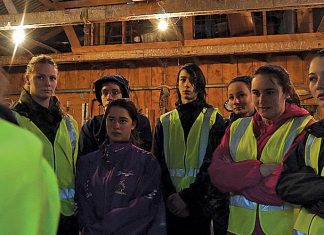 Earlier that day, the students in 3 teams had endured a marathon test of stamina and endurance starting at Forest Lakes, culminating in a... 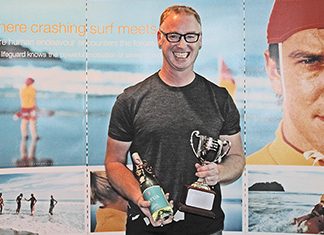 Last weekend, at the Capital Coast Surf Lifesaving Awards of Excellence at the Plimmerton Boating Club, Otaki surfers were prominent. Otaki’s Neal Ames, President of Surf Life Saving New Zealand made the awards and 'Volunteer of the year' was Paul Carlyon. “Paul is an outstanding example of a volunteer who goes above and beyond, performing a number of roles for his club and local community,” 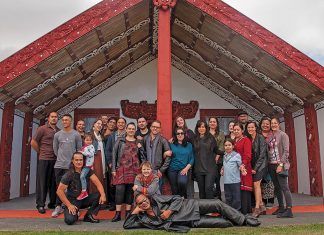 Otaki put itself on the world map with its indigenous film festival last month. This was the second occasion, and we can look forward to it becoming an important event on the cultural calendar. 120 short films, 10 feature films and 10 documentaries from indigenous film makers all over the world were viewed in the Civic Theatre, Nga Purapura and Hadfield Hall. 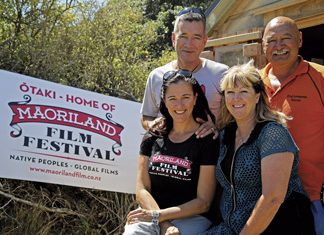 At the national Waka Ama championships held at Lake Karapiro, six under-10 Otaki boys came of age. In the Midget class (under 10yrs) there were 36 teams competing, but it was the 200 vocal supporters from Te Rau o te Rangi Ki Otaki Waka Ama Club who were cheering the loudest as their boys “The Regulators” paddled their outrigger canoe to victory. 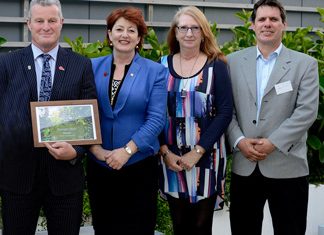 WWF gave a $25,000 award to Energise Ōtaki so it can explore innovative solutions including alternative energies, energy conservation, a census to measure ‘Energy Poverty’ in the town and the establishment of an Energy Investment trust to stimulate uptake of renewable energy solutions.

The Otaki Womens Community Club was formed from the demise of the Otaki Lioness Club 18 Years ago. Our members are aged from 40 to...

Students at Otaki College can now be found trading pies for sushi at their school canteen. The school has launched a number of fantastic health...

It is with great sadness that I acknowledge the passing of two people this month, my colleague Cr Tony Lloyd, the Waikanae Ward councillor,...

By MARGARET ANDREWS The fourth Big Bang Adventure Race proved to be a big challenge for some of the teams with the expected six hour... 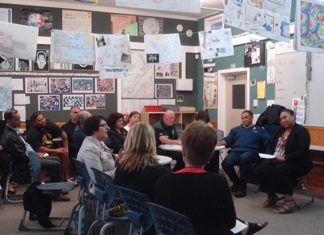 Working under the government’s Children’s Action Plan, Otaki/Horowhenua has recently established a pilot ‘Children’s Team’. This is a new way of working together in partnership with children, families/whanau and support services - all aimed at getting vulnerable children the help they need quickly and efficiently. 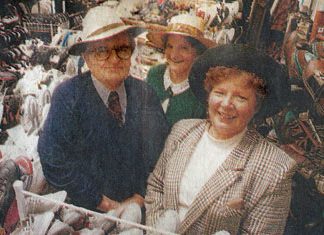 Some years ago, a button came off my corduroy jacket. I asked my wife if she had a replacement. No luck. In desperation, I took the jacket to Edhouses, and asked the woman behind the counter if they sold buttons. She took me to the habadashery department. Needless to say there were more buttons than you would believe, and I came away with an exact match. That's what Edhouses has always been about.

Joseph and the Amazing Technicolor Dreamcoat 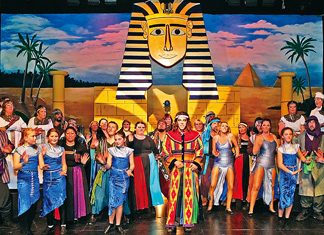 The production of Joseph and his Amazing Technicolor Dreamcoat in Otaki this month demonstrates that good theatre is not the sole preserve of the city. It is truly good theatre. The Otaki Players, with ambition and courage, have once again given the Wellington region one of the best shows of our time and delivered it with style and energy worthy of any stage anywhere.
12Page 1 of 2
© Copyright 2019 - Otaki Mail